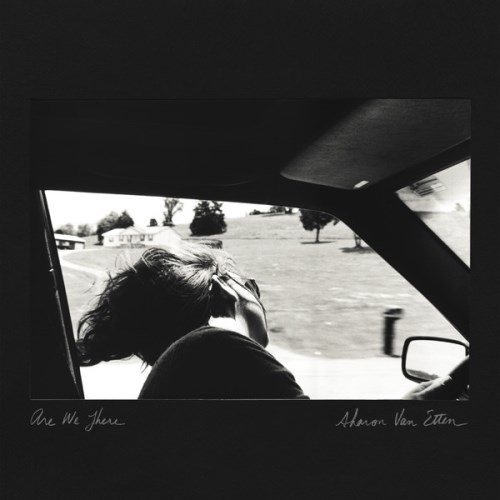 Listening to Sharon Van Etten’s striking fourth album Are We There is like being in the room while watching your closest friends fall in love, break up, and then get back together again. It’s so emotionally intimate, you become a participant in the drama just by listening. Sharon Van Etten is a wizard with harmonies and the combination of her vocal talent and lyrical skill make Are We There a sensationally dramatic listening experience. But the drama is articulately genuine and poetic but never melodramatic. Like her frequent collaborators The National, Sharon Van Etten’s music will grow on you with each listen. Every trip through Are We There reveals gorgeous new details and since it’s release last May I’ve been learning to love this album a little more with each listen.

#4. Here and Nowhere Else – Cloud Nothings

I have to preface any discussion of Cloud Nothings by saying they are not for everyone. They are loud, rowdy, punk-indie rock hybrid that is responsible for destroying at least one set of speakers in my home. I hate to call it pop punk because it stirs up memories of Blink-182 and New Found Glory and while those bands will always have a very special place in my heart, Cloud Nothings’ brand of pop-sensible punk rock is nothing like the MTV stars of the early 2000s. There is absolutely nothing glossy or refined about Cloud Nothings third LP Here and Nowhere Else. What used to be a one-man bedroom recording project has steadily evolved into something much larger. While the first two albums from Cloud Nothings were created almost exclusively by singer-songwriter Dylan Baldi, on their latest effort the band’s contributions are immediately evident. The guitars are more ferocious and the drums more aggressive. Here and Nowhere Else makes their previous record Attack On Memory look tame by comparison and that album was a hard sell on anyone without a deep-seated love of punk or hardcore music. But Here and Nowhere Else is an amazing achievement of sound and noise. It’s punk music for people who hate the simplicity and inelegance of the genre. At it’s core, its really just heartfelt indie rock but with a lot more distortion and noise and BPMs. Call me crazy but there are a few songs that I think are genuinely pretty. After a traditionally song, followed by a few minutes of feedback and noise “Pattern Walks” comes together with echoing vocals and cascading guitar riffs in a most sublime way. Here and Nowhere Else is not for everyone but I listened to and loved this album as much anything on this list.

With their 8th LP They Want My Soul, Spoon has cemented their place in the non-existent Indie Rock Hall of Fame. To borrow from a popular NBA discussion topic of 2014, they might even belong on the Indie Rock Mount Rushmore. They are master craftsmen who have released a lot of extremely good records and nearly 20 years into their career, They Want My Soul might be their best work. They have figured out all of the best parts of what makes Spoon special and focused exclusively on what works, ditching the rest. They Want My Soul is a perfectly focused and balanced record. There’s some really interesting stuff going on from a production and songwriting standpoint but at no point is their product inaccessible. They Want My Soul is probably the most fun Spoon record to date while also being one of their most interesting. They’ve fine tuned their bag of tricks and added in some fresh new flavors just to keep us guessing. Spoon was one of the first bands I got into upon learning about the existence of independent music and over a decade later, they are still doing truly amazing things.

War On Drugs third LP Lost in the Dream is a huge achievement. It borrows heavily from the classic FM rock of the 70s and 80s but Lost in the Dream stands on its own. Reminiscent of late 70s/early 80s Springsteen and Brothers in Arms era Dire Straits, Lost in the Dream is an emotional guitar driven album that seems a little out of place in 2014 but man, it just works. Frontman/songwriter Adam Granduciel spent the past few years wrestling with his demons and the struggle wondrously unfolds throughout Lost in the Dream. Everything builds and everything breaks on this album. Just when you think you’ve got it figured out, some new detail or chord change emerges like a revelation. Atmospheric guitars and pianos wash together with horns and synths to create something that sounds new and retro all at the same time. From the extended escalations of “An Ocean in Between the Waves” to the Dylan-esque folk of “Eyes to the Wind” or the synthy bounce of “Burning”, War On Drugs borrow from the heroes of rock and create a masterpiece to call their own.