Hidden deep within the skeletal woods of The Witch lies a story of female empowerment where satanic magic is the least of our concerns. The patriarchal terror at the center of The Witch is its most sinister villain. Banished from the established community, our Puritan family ventures to the edges of a deep forrest, where peering into the nearby woods yields only darkness, and the family is free to farm and pray in solitude. Robert Egger’s New England folktale draws much of its dialogue from historical texts to paint a portrait of Puritan life that is rich in detail and authenticity (and whose eerie and unnerving soundtrack excels in establishing the atmosphere). But as the Witch of the Woods slowly begins to reveal herself and leave a path of destruction and deceit in her wake, the limits of Puritanical society are tested. The Witch may well be a certified satanic experience, but not for the reasons you may think. Look no further than the statement made by Jex Blackmore, spokesman for the Satanic Temple: “As Satanists, we are ever mindful of the plight of women and outsiders throughout history who suffered under the hammer of theocracy and yet fought to empower themselves. While the patriarchy makes witches of only the most socially vulnerable members of society, Eggers’ film refuses to construct a victim narrative. Instead it features a declaration of feminine independence.” 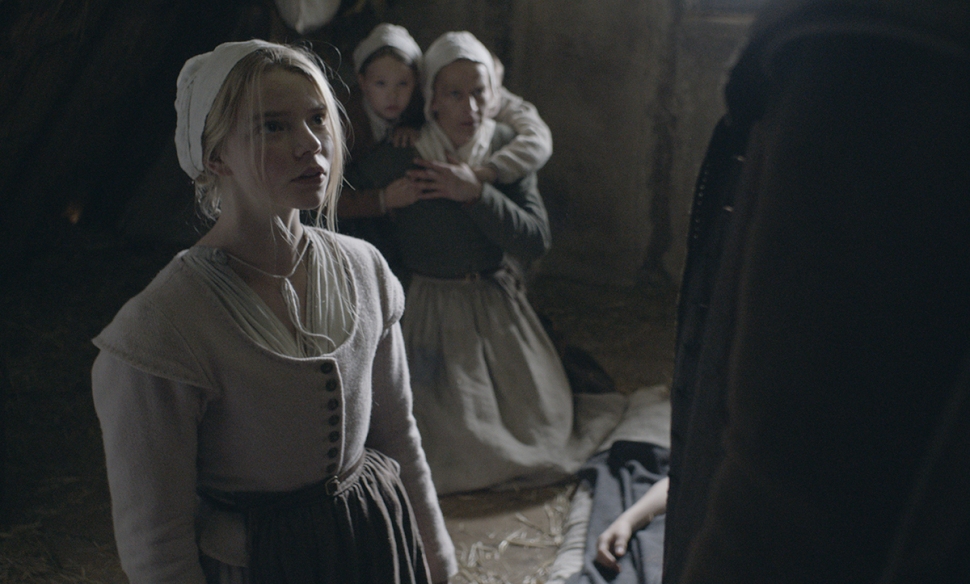 The idea of witches as early feminists is well-established, with the themes oft-explored (though not recently) in film. Any woman operating outside of societal norms, by pursuing individualistic goals or simply rejecting long-standing male standards, were slapped with a label and subsequently punished. The witch is a place holder for any female outsider. Devout, pious Puritans do as they are told or invite the wrath of the all-mighty (conveniently tried and punished by a male council). So as the Witch of the Woods curls her wretched fingers around the farm, beginning with the kidnapping of their newborn infant, the family reacts not with shock but with resignation and guilt. Their religious fervor acknowledges the active presence of the Devil. Their sins are what coax out this blood magic; its only natural that such horrors would occur if sin is tolerated. Blame therefore is eternally inward, eventually falling firmly on the shoulders of their teenage daughter, Thomasin (Anya Taylor-Joy). Stuck between her family’s piousness and a blossoming identity of womanhood, Thomasin is scapegoated for every possible misfortune that befalls the family. The ritualistic dread of the witch doesn’t hold a candle to the physical and emotional torture that Thomasin’s parents perpetrate against her at each turn. She is the obvious cause of their problems; standing up for her independence and innocence do not help dissuade their prejudiced minds. It is only thanks to the devilish intervention of the goat Black Phillip that the patriarchy unravels, leaving Thomasin with true independence. Her pact with the Devil is therefore a choice entirely her own, her first finally made with agency over her own mind and body. As Thomasin intently wanders to join the witches’ coven, naked and free of her corset and prayer cap, she encounters her sisters celebrating their liberation around a towering bonfire. She begins to wail in laughter as her body is lifted into the air, finally free to soar well beyond the shackles of her world. Truly great horror peels back its mask to reveal a mirror. The horror of The Witch lies not in the tendrils of its dense forrest, but within its reflections of ourselves.